It looks like Bloggers and tech start-ups aren’t alone in going for smooth curves, design refreshes, and a new, prioritized take on how things look to the audience just as much as how they feel and what they do: automobile manufacturers have just joined the game! Case-in-point: the new Ford Interceptor. Talk about different! 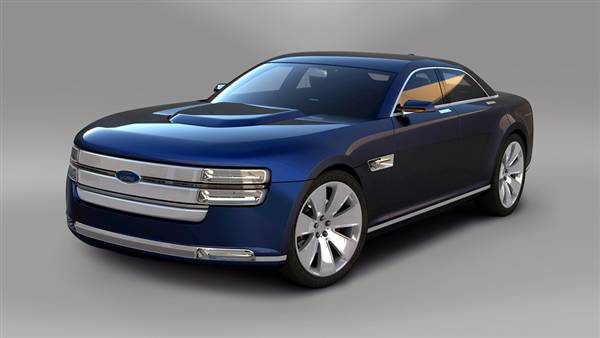 It’s still a Ford, though it looks more like a cross-breed between a Mustang (the top of the car), a Cadillac (the overly deep body), and a BMW (the wheels and the rear – from what we can see of it). It looks rather eerie, and only too fragile.

According to MSNBC, this is part of a new plan by Chrysler, Ford, and General Motors to attempt to regain market share lost to Japanese automakers. It seems they don’t understand it’s not just about the way things look, it’s also about how reliable they are and how good of a name they have to back them. Give the average American a choice between equally priced BMWs and Cadillacs, you shouldn’t be surprised by the result.