One of {smartassembly}’s “more marketed” features is the unhandled exception handler. Confused? It does just what it’s name implies!

Everyone has seen the annoying pop-up messages that appear when an application crashes in Windows XP+. It claims it’s going to “inform Microsoft” and “let you know” when a solution is found. As developers, we’ve never been contacted by Microsoft (or even anyone claiming to be Microsoft) telling us our application crashed and asking us to fix it. So {smartassembly} lets you take matters into your own hands.

Instead of calling up Microsoft’s own error-reporting agent and just wasting bandwidth all around, {smartassembly} can configure your application to use its own servers to report unhandled exceptions. When you purchase a license key, you’re given an account on Cachupa server which accepts (any number of) exception reports and lets you see a log of all errors. And if you created a PDB debug file when you created your {smartassembly}-optimized program, you can use that to view a stack trace. 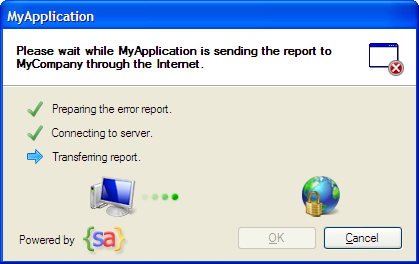 The {smartassembly}-optimized error-reporting client logs the exception with the remote server, and from your own PC you can use your {smartassembly} install to browse recent exceptions – just like an email client. 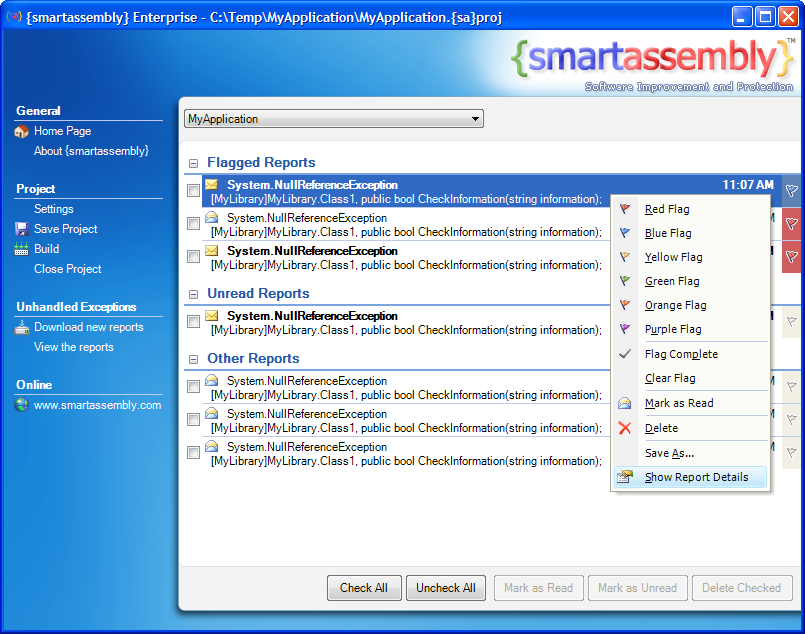 If you generated the PDB file (and no reason why you shouldn’t), you can use the combination of the stack trace, detailed bug reports (together with the platform and configuration) to fix just about anything.

While we haven’t encountered the need for this particular feature with EasyBCD and our other applications which generally don’t have many issues, but when they do fail they fail at a low-level (leaving the user helpless!) and don’t fire up exceptions, we can easily imagine circumstances under which this feature becomes absolutely essential – especially when dealing with millions of users running an uptime-critical application like a Instant Messaging client or a web server.