We’ve all heard of (and, quite unfortunately, experienced) the infamous Blue Screen of Death. Some of us who tested the earlier Windows Vista beta builds had the unique experience of trying out the Red of Screen Death, which occurred when the bootloader experienced an un-handled exception (we experienced more than our fair share of these during the early days of EasyBCD development!). And then there’s Vista’s Purple Screen of Death, which few have seen. 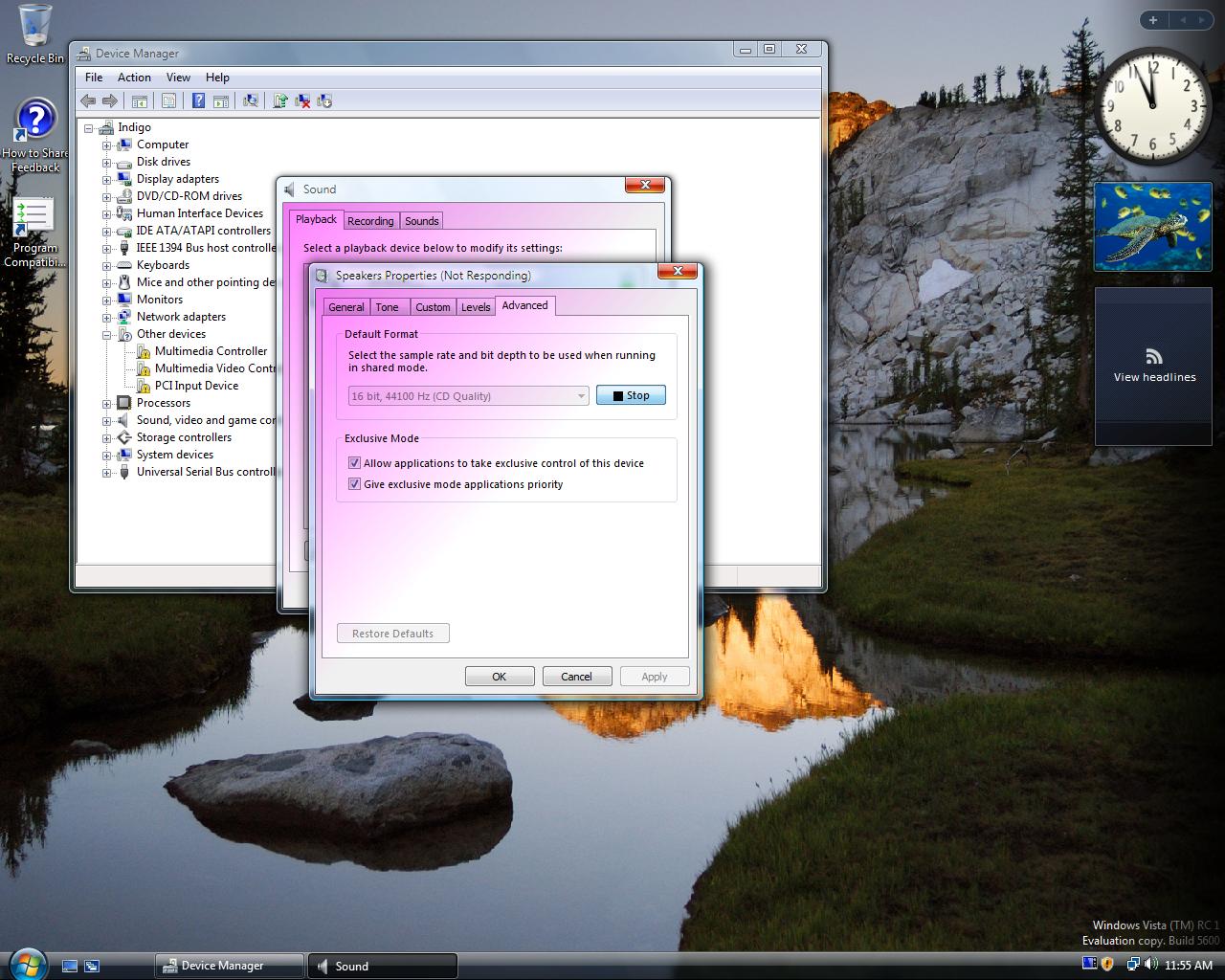 OK, perhaps it’s not a stereotypical “____ Screen of Death” in that it’s not a fatal error, it doesn’t make your computer restart, and it’s not as scary. But it’s still caused by a low-level problem in the kernel, and it does make you want to restart your PC.

Basically, when a window attempts to “gray out” because it’s unresponsive, the graphics drivers screw-up and paint it purple. Afterwards, all newly-opened windows will show the same purple tinting. We’ve seen this behavior on both ATi and nVidia machines, it’s something to do with the way the Windows Vista kernel handles a certain exception in the graphics driver subsystem.

You can see the full-size screenshot and many more in our extensive image gallery, in the Vista RTM album.