For too long, computer gaming has been a strictly Windows-only business. But that’s slowly but surely changing, as signified by the recent availability of the popular Steam platform for Mac, and soon, Linux. But what’s really exciting is that big game producers aren’t just porting old games to OS X *cough* Quake 4, Halo 1, etc. *cough*, nor is the world of OS X gaming going to be limited to indie publishers and lame (though very much appreciated) games with graphics on-par with those from the 90s on other platforms.

We’ve compiled a list of our top highly-anticipated games for OS X, most of which are actually geared for simultaneous release on Windows and Mac, making it clear that Mac gamers will take a backseat no more. Honestly, we’re not going to bother ranking them or making this a “Top 10 Games for OS X this year” kind of article. This is just a geeky gamers’ list of games to look out for, on a Mac, soon. We’re not including games that were previously available on other platforms, because that’s just sad.

And, without further ado, here’s NeoSmart Technologies’ exclusive list of upcoming Mac OS X games, sorted by expected release date from the ones you can soonest get your grubby paws on to those you’ll have to not-so-patiently wait and pray for: 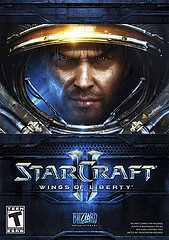 Set in the 26th century in a distant part of the Milky Way galaxy, the game is built around three species: the Terrans, human exiles from Earth; the Zerg, a race of insectoid genetic assimilators; and the Protoss, a species with vast psionic power. Wings of Liberty will focus on the Terrans specifically, while the expansions Heart of the Swarm and Legacy of the Void will focus on the Zerg and Protoss, respectively. The game is expected to be set four years after the events of StarCraft: Brood War, and follow the exploits of Jim Raynor as he leads an insurgent group against the autocratic Terran Dominion. The game will include old characters from the original game, as well as introduce new characters and locations to the franchise.

You can watch trailers of StarCraft II: Wings of Liberty on the Blizzard site here.

Civilization V will feature an entirely new game engine scripted in Lua, as well as a hexagonal map instead of the square tiles of earlier games in the series. The combat system will also be overhauled, including allowing only one unit per tile and giving cities the ability to defend themselves. Many elements new to Civilization IV and its expansion packs will be removed or changed in the game, such as religion and espionage. In addition, the maps will contain a number of computer controlled city states as non-player characters that are available for trade, diplomacy and conquest. A civilization’s borders will also expand more realistically, favoring more productive terrain, and the concept of roads will be changed.

You can watch trailers of Civilization V here.

from Amazon for $49.99 with a lowest-price pre-order guarantee. 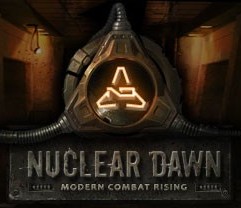 Nuclear Dawn is an upcoming post-apocalyptic video game that blends the FPS and RTS genres. It was originally announced in February 2006 as an amateur mod for the Source engine, but in April 2009 was revealed to have become a commercial project, still using Source, aimed at Windows PCs and the Xbox 360. It is unclear whether a retail release is planned.
Nuclear Dawn joins Counter-Strike, Day of Defeat, Natural Selection, The Ship, They Hunger: Lost Souls and Garry’s Mod as former mods of Valve products that have become commercial projects.

You can watch trailers of Nuclear Dawn on YouTube here. 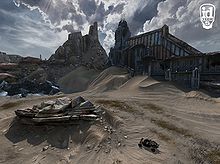 RAGE is an upcoming first-person shooter and racing video game in development by id Software. It will use the company’s new id Tech 5 engine. The game was announced on August 2, 2007 at QuakeCon. On the same day, a trailer for the game was released by Gametrailers.com.

Information available so far indicates that the game takes place in a post-apocalyptic world similar to that of films such as Mad Max 2. In an interview with GameSpot, designer Tim Willits revealed that the game is set in the near future following the impact of 99942 Apophis. Matthew J. Costello, who worked on the plot of Doom 3, is also working on the Rage plot. Influences on the driving and racing gameplay include games such as MotorStorm and Burnout, according to another Willits interview by Shacknews. Players will be able to upgrade their cars with money won from races.

You can watch trailers of RAGE on YouTube here.

Portal 2 will continue to challenge the player by solving puzzles in test chambers within the Aperture Science Enrichment Center using the portal gun (the Aperture Science Handheld Portal Device), a device that can create two portals connecting two surfaces across space. Players solve puzzles by using these portals to move unconventionally between rooms or to use the ability to fling objects or themselves across a distance. The functionality of the gun has not changed between the games, but within Portal 2, players can take advantage of the bleeding of other physical effects through the portals.

Game Informer identified two examples of this: one was the ability to use air currents created by a series of transport pneumatic tubes through a set of portal openings to push a turret over or to draw objects into the suction. The second example was to use the power of tractor beams through portals to bring Chell or other objects to otherwise inaccessible areas. The game also introduces special paint that can be used to impart certain physical effects to a surface (for example, one identified by Game Informer is an orange paint that when stepped on will impart high speed to the player). The player will be required to determine how to transport that paint to appropriate surfaces using portals in order to progress. This paint can also be applied to objects, such as the Weighted Storage Cube crates that affect their own physical nature. In addition to the Storage Cube, there are new types of portable objects that assist the player, including Redirection Cubes with mirrored, reflective surfaces, Aerial Faith Plates that can launch objects placed on them, and spherical Weighted Storage Balls, which made a brief appearance in the original game in one of the advanced chambers. 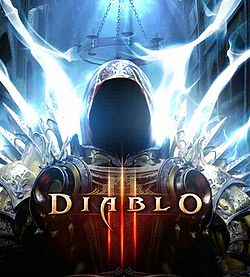 The game takes place in Sanctuary, the dark fantasy world of the Diablo series. This world was saved twenty years prior by a handful of unnamed heroes in Diablo II. Warriors that survived the onslaught of the armies of the Burning Hells have gone mad from their ordeals and it is up to a new generation of heroes to face the forces of evil threatening the world of Sanctuary. Players will have the opportunity to explore familiar settings such as Tristram.

The only confirmed NPC is Deckard Cain, who has appeared in both of the previous games. Cain’s journal on the official site brings the player up to speed on the events of the first two games. Diablo’s world map is composed primarily of two main continents with several small islands in the Northwest region.

You can watch trailers of Diablo III on YouTube here.