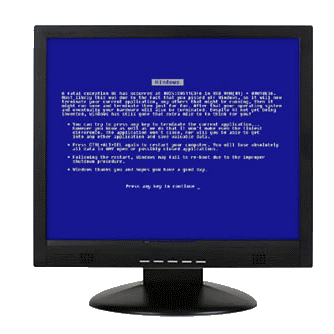 PC not working? Unlike the majority of the recovery options available, Easy Recovery Essentials is not a program you install or run in Windows. Instead, you load EasyRE from a CD or USB at boot time instead of loading Windows. As such, it can be used to repair a PC that won't boot and can be used when even on PCs that can't reach safe mode.

Boot from CD or USB

Bootable EasyRE media can be purchased or created well in advance of system failure. The next time your machine breaks at 2 in the morning, you'll have an EasyRE image you can use to set things right. EasyRE can be used from a CD or a USB, so even netbooks and ultralights without CD/DVD drives can still be recovered.

Ever since Windows Vista was released in 2006, the ability to perform a repair install (also known as an in-place upgrade) has been removed from the setup media. For severely damaged Windows XP computers, a repair install was an easy way to regain access to the operating system without needing to format and reinstall. But with Windows Vista, Windows 7, and Windows 8, that is no longer an option. EasyRE can mitigate this, letting you attempt recovery of a Windows installation without resorting to formatting and its associated data loss.

Find out how easy it is to recovery your Windows PC with EasyRE in this 5 minute video demo: