My dual-boot XP Win 7 system failed after I did a repair on the XP partition.

XP was the first-loaded OS and Win 7 added (on a separate HDD) later. All worked using the Dual Boot menu added at Win 7 installation.

I can understand what has happened as a result of doing the repair on xp (www.multibooters.co.uk/multiboot.html showed the way) but my question is "Can I use EasyBCD to fix the problem?" (I am still green in this area.)

The effect of the problem is that I can only boot into XP. EasyBCD can still edit the Boot Menu but that never appears. I assume that the XP repair (using the installation disc) overwrote the boot sequence (and the files) which Win 7 had put on the XP partion (HDD) when it was installed.
Last edited: Oct 11, 2011

My thanks to Terry60 for his swift reply. Apologies for the long silence. I switched to a more urgent problem.

I followed the instructions and re-wrote the (Vista/7) MBR on the XP (active) partition and removed/added the XP entry in the EasyBCD boot menu. Win7 is now entered from the menu on boot-up but if I try to boot into XP a white-on-black screen appears which tells me to repair XP from the installation disc and that the \NST\ntldr files are missing. I thought that these files were redundant if the Vista bootloader was being used. Obvoiusly, I am wrong! What can I do now, please?

Staff member
Post a screenshot of Disk Management, and the contents of "view settings" (detailed) as described at the end of the sticky
A

I hope that I've sized the screen shots correctly! Any day is wasted in which you do not learn something new!.

In my last post I forgot to say that both the \NST folder and the \ntldr file are in the root directory of the C: XP partition.

Here goes with the screenshots... 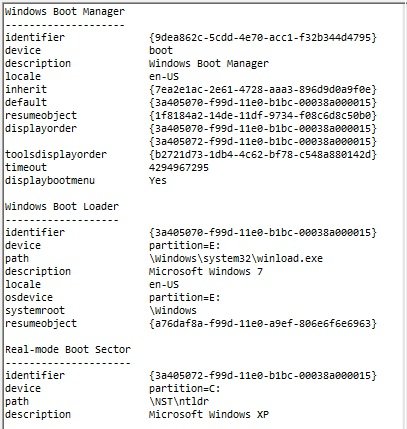 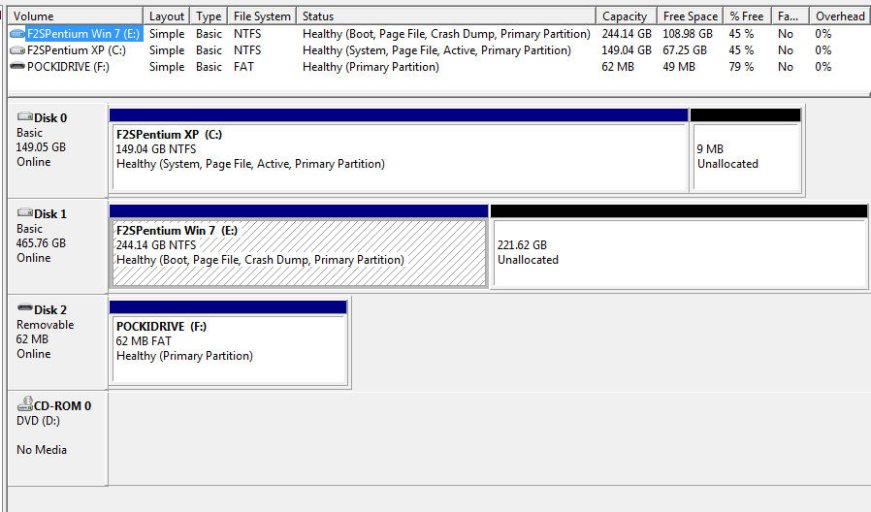 ​
Well, that was a waste of time. I tried both attaching them and inserting but they obviously aren't readable. Sorry about this. Back later.
A

Still learning! Once they are visible in the thread they can be enlarged to be readable.

Staff member
That all looks fine.
Does C:\NST\ntldr actually exist ? (did you add the entry with auto-configure ?)
Are you using the latest version of EasyBCD ?
A

Staff member
EasyLDR is the NST custom XP loader which is only used when you configure XP manually, not when you use auto-config.
Delete the entry and add it again, ticking the auto box.
Windows XP - EasyBCD - NeoSmart Technologies Wiki
A

Thanks again, Terry. I thought that I had used "auto-configure" but may have been mistaken. On the other hand,it may have been the result of some my earlier attempts before I joined the Forum.

Progress: I deleted and added, as you wrote, and received a BSoD on reboot! Error code 0000007E. Looked at \NST and found that \easyldr1 was still there and moved it up to the root directory. BSoD on reboot! This time with an error caused by \symefa.sys. I knew about that one, having had to deal with before (it's a Symantec/Norton file). Finally, reboot and all is well!!

All I have to do now is tidy up the spare \easyldr1 and \ntldr filed in the root directory and click on the "Donation" link on the way out.