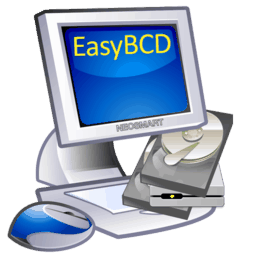 Just wanted to give everyone here the heads-up: EasyBCD 1.7 has just been released as final/stable and can be download at the main EasyBCD download page: http://neosmart.net/dl.php?id=1

Thanks to everyone for all the help beta testing our award-winning program; and please enjoy another quality release from NeoSmart Technologies. Don't hesitate to let us know if anything goes wrong or if you need help.

Hey great work here, I want to congratulate the team on a fantastic release.

I had run into an issue with my system and EasyBCD made it so much easier to get back to normal and I want to record that so other users are not similarly stuck. I have a triple boot system with XP, Vista and Ubuntu Feisty, with XP installed first, then Vista and then Ubuntu so Grub was installed on my MBR and would pass off to the vista bootloader if I wanted to boot into XP or Vista. As it happens I had to reinstall XP and eveything went for a toss.

I lost grub which was expected but the vista bootloader too. So I couldn't access Ubuntu or Vista. I had a backup of my BCD file and restored that with EasyBCD but no go, I wasn't getting Vista to boot and I wanted to restore Vista before reinstalling grub to go back to how my old system was set up.

The problem was I had resinstalled XP and critical vista boot files that were previously on my XP partition were gone too so even after restoring the vista boot loader from EasyBCD or bootsect.exe from Microsoft I couldn't get Vista to boot. I finally realized I had to go get the file bootmgr from the vista CD and place it in my XP root partition. My bcd backup files were already placed in the boot folder of my new XP installation by EastBCD. so when I rebooted I got the vista boot working again,( had to get the boot/fonts folder from the vista DVD too to make the boot loader look normal though)

The best part is thanks to EasyBCD 1.61 onwards I didn't have to bother reinstalling grub again and this was a great time and complexity saver for me. I just got my Menu.1st file from my Ubuntu boot folder with explore2fs and copied the entries to the EasyBCD neo grub entry. Next boot, Voila! all 3 operating systems booting again effortlessly. I now see no need to reinstall grub or even install grub again if I have to reinstall Ubuntu.

Staff member
Thanks for the kind words, Raul - it's only when the complements start coming in that free software has done its job

Staff member
You are really churning 'em out there CG. Keep up the good work