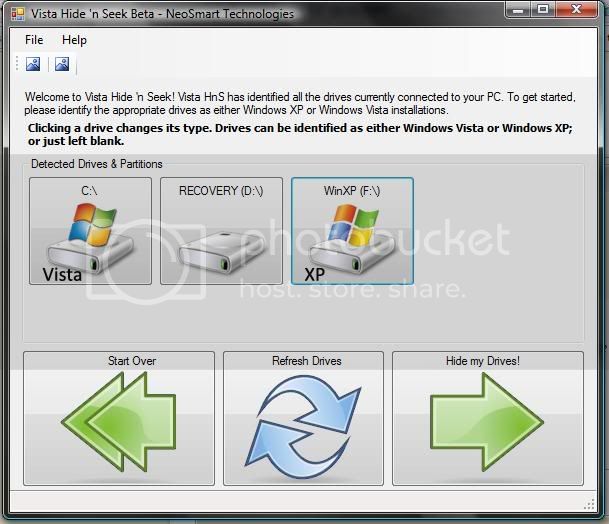 or should i change the settings?

Staff member
No, you've done it right.
We know already (it caused CG no end of problems in development) that Vista disk management and the BIOS disagree about rdisk() numbers. (BIOS calls the booted disk 0, dsk mgmt numbers IDE before SATA no matter which is booted).
We also know that Windows partition numbering can be very unpredictable when extended partitions are in the mix, but it seems either that disk management in your case displays the partitions in the wrong order, or that Vista doesn't number partitions in their physical sequence on the disk)
Could you post the install log (from the folder you unpacked HnS into). As far as I can see you've done everything right so I can't help you, but you seem to have discovered another wrinkle after we thought CG had finally ironed them all out. This is in his hands now.
Q

and thanks for all your help.

Staff member
This sounds like an LBA issue. Some BIOSes can't see past the 137GB marker. Update your BIOS and try again.

A safer alternative: try to defragment the drive instead.

Why wouldn't it see past 137GB if my computer came from gateway with a 500GB HD?

how do i update it?

Staff member
LBA access depends on the APIs used and the system configuration. It's of course possible that the HnS bootloader has a bug that's not letting it see past the 137Gb barrier on your PC, but give defragmentation a shot; and see what happens.
Q

tried that and i still get the same error every time.