I purchased neosmart recovery essentials for windows 10 today because I have been having a heck of a time with windows 10 bricking itself on my laptop. I have put a superuser.com question here:

My system is stuck in an unbootable state, the thing we used to know as "Safe mode" no longer really exists in a meaningful way in Windows 10 build 1909. I have reason to believe that windows upd...

I have also made a request for support via the usual email channels, but I thought that in case it's helpful to other people who are having problems that I would summarize the odd things I've learned so far:

This laptop (Lenovo Thinkpad Edge E560) had no problems running Windows 7 or Windows 8 or Windows 10 builds prior to build 1903.

Starting with Build 1903, I've done 10 complete system rebuilds, each time the pattern is:

1. reinstall everything clean, including all my apps.
2. windows 10 downloads updates.
3. windows 10 won't boot.

Windows 10 has its own recovery toolset of course, that everybody gets for free with Windows, and one of the features they have is something that will apparently remove updates that may have bricked you. For example this one which is recently bricking systems around the world:

Microsoft is investigating Bluetooth issues, failures to install, blue screen reports received from users who have installed or attempted to install the KB4549951 cumulative update released during this month's Patch Tuesday.

I figure the following information may be helpful:

The pattern from above was repeated with this KB but I got one more boot out of the system after KB4549951 was on the system.
I was able to confirm using the command "wmic qfe list" which shows the booted system's recently installed updates. Note that using this command, as far as I know,
from the WinRE command prompt is a non starter as it actually reports the installed updates in the WinRE boot environment, not the target system. There may be a way to get similar data from the other tools (dism.exe maybe?) but I don't know how to get that.

The second super strange fact about my unbooteable system is that bootrect /rebuildbcd, it reports zero windows installations.

I bought the NeoSmart Recovery Essentials and booted it up and it found some random stuff about duplicate volume GUIDs but none of that made any difference to the system's ability to boot. I reported the problems to the support email for the product, but I thought I'd post the above in case it's helpful to any other users of the product.

Staff member
Support for EasyRe may be affected by the Covid-19 crisis as it is in Chicago, USA, which is one of the worst hit areas in the USA. Please be patient. I am trying to alert them but I am also not getting a response. 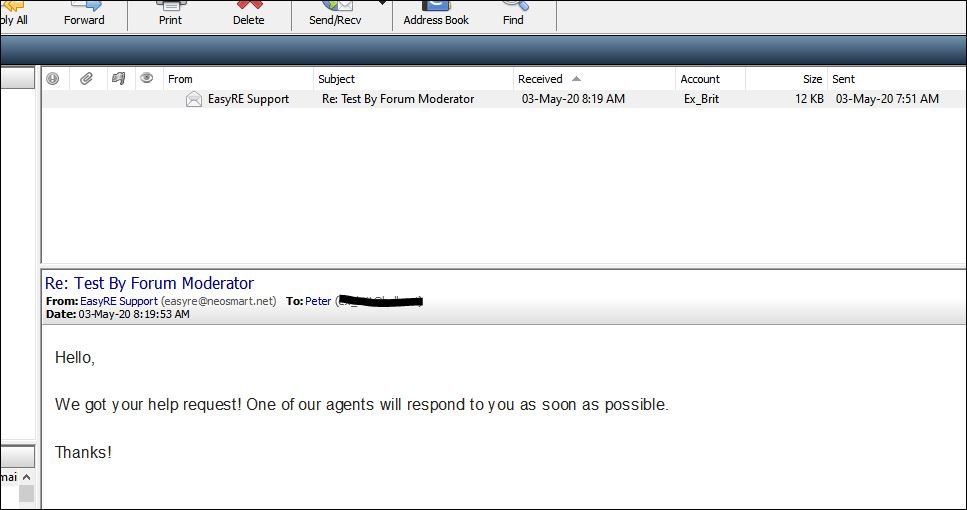 Staff member
...& I got a proper reply so please check Spam/Junk mail folders and online at your email provider.

I checked my spam. No replies in 11 days. All I got was the "ONe of our agents" thing within 30 minutes, then nothing for over 11 days.

Staff member
Well he is answering most within 24 hours or so....have you checked your internet provider's mail servers online or your Gmail online folders if applicable?

Did get a response from Sales (if that's the same person) and was able to get a refund since the product didn't work for me.

I can confirm that the NeoSmart honors their guarantee. Thanks everybody.

Staff member
Glad to hear that, thanks for posting.