Staff member
I've uploaded some screenshots of Windows Neptune that I've had sitting on my Drive D:\ forever now, you can see them at Windows Neptune

They're supposed to be a part of a "review" for Windows Neptune that I've never gotten around to write.

Windows Neptune was intended to be the "Windows 2000 Home Edition" or basically an NT-powered Windows ME - but it was delayed and then redeveloped as Windows Codename Whistler, better known as Windows XP.

Staff member
I got several different builds of Neptune and Whistler. I should set my BIOS backand isntall a few in VMWare. Just for some fun.

Staff member
I thought there was just that one build of Neptune?
Which builds do you have?

Staff member
Ahh your right. Now that i look there is only the Neptune 5111 build that i have. It is Whistler that i have a good amount of builds.

That is most of them i think. I have a bunch of Beta builds from Chicago to Vista. NT builds along with some Windows 2000 Beta builds. I have Windows 1.0 thru 3.11. All in all i have roughly 10 DVD of old Windows builds.

Staff member
Looks about right to me.... and, damn, that's a lot of builds to keep with you :|

I usually end up deleting all the ISOs figuring I'd never need them again... until I do. Like this one time for EasyBCD I absoloutely needed the Beta 1 DVD, and I couldn't find it

Took me a month to locate someone with it and get a file I needed off there.

Right now though, I just can't wait to get my hands on the Vienna builds

The SP3 and SP1 betas aren't that exciting :|

Staff member
Well that is pretty much why i burnt them all to DVD. Never sure if i would need them again. So this way if i do i have them.

Yeah the SP1 and SP3 are kinda dull. I heard they are released or have released a new build of SP1. 1720 or something like that. I really have to get on my MVP sponsor and have him get my SP1 invite out...

Yeah the SP1 and SP3 are kinda dull. I heard they are released or have released a new build of SP1. 1720 or something like that.
Click to expand...

What kind of Windows Edition is this? When was it made, any why? I see 98's style, my favorite

Successor to Windows 98/ME. Canceled after this 1 build. It is just a Beta build that leaked to the internet some time ago. It was made roughly around 99/00. As stated it was going to be hte next OS from Microsoft but they went with what is Windows 2000 instead.

Oh, interesting, I wonder why they canceled it. Oh well...

Staff member
For the same reason as they cancelled Codename Longhorn and went with the Vista codebase. Things just were not working out right. The Neptune codebase from my memory, was based on teh 9X platform. While Windows 2000 was the NT platform. It wasnt until XP that they merged the 2 platforms into 1.

Staff member
Actually, it was supposed to be Windows ME but powered by the NT kernel instead of the 9x one.

But they went ahead and released ME (based on the DOS kernel) anyway (making their biggest mistake ever).

Wikipedia has some info on the topic: Windows Neptune - Wikipedia, the free encyclopedia

Its a shame... so guys, what is the best OS ever? Meh, it depends on what do you need OS for... stupid question. Thanks for the link.

Staff member
No problem. I'm looking to upload some more Neptune screenshots, plus some of SkyOS soon.... I've had exams every day this past week and I'm finally done, so I'm looking forward to wasting some time!

First thing I did after today's exam was getting around to writing a caching engine so some parts of the site that don't change often but yet are dynamically generated (and as such take a performance dive) like the Gallery can perform better - I've installed it now, and it seems to work great.
Previously the Gallery would crap out if it was getting more than 12-13 req/sec, but now I've benched at up to 400-500 req/sec and it holds its ground

SkyOS | See the light, break free
(Why do all these other operating systems have "OS" in the name?
ReactOS, Mac OS __, HaikuOS, KiteOS (i think that's what it's called anyway), and SkyOS.)

Staff member
I have tried Sky and it is decent. Only bad thing is that it is a paid beta. Which i dont understand and the driver support is weak. But when you are creating a OS from scratch what else can you expect.

But I can understand Robert Szeleney's point of view.. I mean, while it is Beta, he's been working on it fulltime for a long time now - deserves something for his efforts.

It's a good OS, and now with Mono ported and all + support for compiling Linux compatible applications to run on SkyOS with little to no issue, I can see it taking off.

I liked it though, it has a nice stable + pretty + fast feel to it

Hey, SkyOS looks nice! :joy: Hmmm I would like to try this. Is it still in development or something.. BETA? Hmm.. who is making this OS? It came out of GNU/Linux or its whole new... thing (platform?)

Staff member
It is a whole new platform. It is Close to Windows based. From what i have heard of this it can run some Windows apps. It is closer to the 9x platform if i am not mistaken. But AFAIK it isnt *Nix based.

Staff member
It's what we call "POSIX Compliant" meaning its using the same model that is used in Linux, BSD, etc. (and has ports of the most common command-line functions, so that you could theoretically take a *nix shell script and run it there), but it is not Linux.

Robert wrote the OS from scratch, making it comply with the POSIX standards.

It doesn't really matter though, because the OS market is shut... very, very tightly.

Yeah, well, SkyOS looks nice I really like it, I saw it in action on their site, and, hmm original file creating/opening/finding files, I have to say 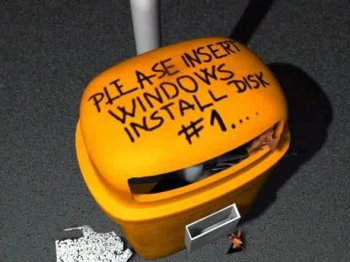