X-Files 2 to start shooting this December

I don't know if anyone here is an X-Files fan, but IMO, it's the best TV Series ever aired.

Anyway, it's finally official: the sequel to the X-Files movie will start production this December and is due for a Summer 2008 debut!


Only David Duchovny and Gillian Anderson are confirmed for their respective roles as FBI Special Agents Fox Mulder and Dana Scully at the moment. 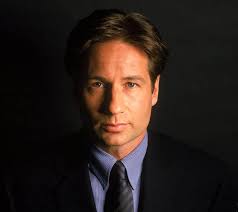 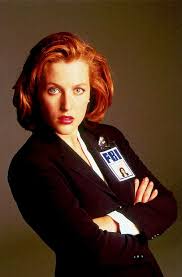 It's not going to discuss the mytharc content, it'll be a standalone thriller - somewhat of a shame, but better than nothing!

And - of course - it's being produced by Chris Carter himself!

Staff member
lol, this film has been delayed so many times its incredible.. Unlike a video game or program *cough* Vista *cough*, it'll probably be really difficult to pull it off since a lot of people have moved on and - more importantly - the actors have changed like crazy...

I honestly didn't recognize David Duchovny at first glance in this picture:

Staff member
I cant see this being that big a deal. With all the SciFi movies and shows that have come and gone since X-Files left the TV air waves. It just seems too little too late. Sounds like what Stallone did for Rocky. Just trying to get a movie with him in it again. Revive a dead franchise to try and get some $$ and recognition.

Maybe it is because i never got into X-Files that much. The first movie didnt wow me and the series was more or less meh to me. Sorry to say i am not looking that forward to this. Batman - The Dark Knight seems more interesting to me.

Staff member
It is too late... It's been a decade since the first movie, and times have changed

Staff member
Yeah with shows like Heroes out there X-File seems so dated. I did like David in Evolution though.

Staff member
He's a decent actor - but he doesn't do anything other than B-rated movies for some odd reason :S

Staff member
Well when you can choose which movies to star in that is a good choice. But sometimes that is all that is offered.

Staff member
I dunno.. I figured people would want him if only for his bandwagon fans and all.

He's not a half-bad actor... but to me, he's Fox Mulder no matter what role he's playing :lol:
(Same with Tony Shalhoub, the guy who plays Monk.. He's only in the same kind of low-budget films, yet he's a star on his own show. And he always comes off as if he has social disorders!)

Staff member
Come on Monk was great in MIB and MIIB. But yes he will always be Fox Mulder no matter what. Even when i seen Evolution i called him Mulder. Just like Stifler. (Sean William Scott) It is jsut one of those things. People get this role that they are always known for. Stallone was Rocky or Rambo. Arnold was Terminator. It just happens.

To me bringing it back is just trying to ressurect the series again. Maybe that is the hidden agenda. To get Mulder and Scully back together and bring the series back.

But I don't think there are any plans to bring the series back, they've always talked about a second movie just to get the team back together and get something out there; and it was originally supposed to be released soon after they killed off the show anyhow..


Code:
You mean he was pathetic. A great actor, but he has never played a role that didn't make him look like a misfit and a loser :|..... until now (still a misfit, but he's awesome! )

Yeah Monk was real great in MIB one and two, when he wasnt busy getting his head blown off and grown back again. Come on he wasnt known before Monk

Staff member
I knew him before Monk. I knew him back when he stared in the Addams Family Values when he was just a Sailor playing a small part in that movie. Monk is what made him famous. But he was known before that.

He was the father in Thir13en Ghosts as well. That was a big movie. It is just that people didnt realize it was Tony Shalhoub till after they had seen Monk.

He's appeared in a lot of shows, but never as a big character I think.

It says he has an upcoming role as a "Parking violations bureau agent" - sounds like a main character going by the billing and all.
The Adventures of Beatle Boyin (2007)

I Want To Believe

I saw on another website some details about the plot but i cant find it now.

Heres the trailer for X-Files 2:

i know. I seen this and got waaaay excited....It's no batman but it's close.