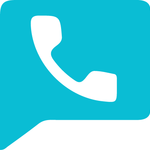 Google Voice, once a very promising voice over IP (VoIP) service with lots of potential and nowhere to go but up, has languished untapped and unmaintained for years. It seems that today — and apparently thanks to Google’s focus on the Google+ social network — Google Voice is finally being revisited and possibly even revived from its years in slumber as Google explores the integration of voice calls into its Google+ Hangouts feature.

Google Voice, originally known as GrandCentral, was first created in 2005 and existed as a standalone VoIP solution until 2009, when GrandCentral was purchased by Google. The takeover by Google was short and sad: GrandCentral was rebranded Google Voice and launched with much hoopla and fanfare, even debuting on NBC’s Today Show on June 25, 2009. From there, the only changes GrandCentral saw as it was turned into Google Voice was a name change and constant reduction in features, remaining yet another awkward step-child in the ever-growing portfolio of startups Google purchased and could not decide what to do with.

This isn’t the first time Google Voice has had life re-breathed into it — in 2010, after Google’s acquisition of Gizmo5, Google announced the rollout of voice calls from within Gmail, building off of efforts to integrate Google Voice with Gmail via a Gmail Labs extension. However, Gmail’s voice integration was the beginning and end of the story, bringing thousands, nay millions, of new subscribers to the service but never expanding it beyond that.

Today, Google Voice remains a sad promise unfulfilled. Its features such as automated transcription of voicemails (long before YouTube had automatic caption transcription) are promising, but their merits are mostly lost in its neglected state. SIP integration was hinted at but never implemented (only removed after the death of Gizmo5 on April 3, 2011). Getting support for Google Voice is nigh-impossible.

You would be excused for assuming, despite today’s news of Google Voice integration in Google+ Hangouts and free calls for Google+ users, that Google Voice wouldn’t see any changes or improvements nevertheless — after all, Gmail’s Google Voice integration came and went and nothing came of it. But it seems that this time, there may be cause for hope after all. Today, Google has also rolled out updates to the Google Voice client on iOS, taking it from a kludgy, pre-retina heap of rotting, unmaintained code to a shiny new interface complete with a new icon to boot.

Some eye candy from the latest release:

At this point, anything could happen. Google could decide that this is enough and phones are dead or dying anyway and Google Voice could go back to the forgotten depths of the deep web, or this could be the start of something big and Google Voice can truly become the king VoIP interface solution to rule them all. Only time will tell.

What do you think will happen? Share your insight, feedback, and oracle divinations below.