Windows 11 is here and it comes with a new version of Segoe UI Emoji, the font that’s used across the OS to render various emoji from Unicode codepoint sequences to the emoji you see on screen (developers: use Unicode.NET for your emoji needs!). With it, a number of emoji icons have been upgraded to a new look: some to mirror the connotations and semantics of other emoji fonts, others to be less disparaging. But there’s a less welcome surprise too, for those four… maybe five? of us that still remember the ill-fated Windows Phone fondly.

The “Mobile Phone” emoji, perhaps better known to Unicode junkies as U+1F4F1, as depicted in Windows 10 in the default Segoe UI Emoji (see above) was a throwback to Microsoft’s short-lived Windows Phone and its tile-centric UI – often found in blue. Depending on the relative importance of a widget/tile, a user could change its size and have it take up anywhere from a full row to a quarter of one square in a row (this lived on in some ways with the Windows 10 start menu… where it doesn’t work as well). You can see it in this picture below:1 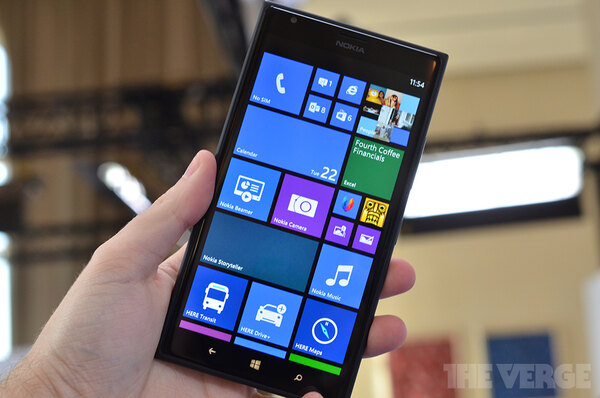 Using what was clearly a Windows Phone was a somewhat cheeky way for someone at Microsoft to give that phone and its UI one last hurrah, in a “we’ll never forget you” kind of way… except, of course, it seems that Microsoft did forget all about the Windows Phone in the latest update, for this is what we now see:

Apart from the actual phone being depicted (which is now a generic clonephone), the design hasn’t changed much. In the case of U+1F4F2, the red arrow better matches the (bulky) aesthetics of the rest of the emoji, but the emoji still don’t take up a constant width so as to line up nicely. Microsoft’s next major emoji update, dubbed “Fluent Emoji,” is supposed to be coming soon – but if early preview is remotely accurate, it looks like the new emoji belong on the set of Wallace and Gromit or some other clay animation kids TV show.. Here’s to hoping the preview was just a prank!