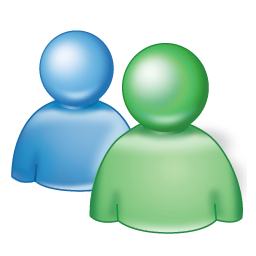 The rumors are flying back and forth, and the suspense is so thick you could cut it with a knife: Is Windows Live Messenger 8.0.0689 a Release Candidate? Is this what Windows Live Messenger will turn out to be? Either way, no matter what you choose to believe or otherwise, no doubt we are coming real close to the final UI design and features.
Introduction

No matter what you say or where you look, there is one thing that made MSN Messenger and now Windows Live Messenger stands out from the crowd: of all the “big” instant-messaging clients (network-based, not multi-network clients like Miranda), WLM is the only one that has almost every feature imaginable packed in a sleek design that looks great and not “dumbed-down” *cough*Yahoo!*cough* and doesn’t even look slightly bloated and consumes very little system resources.
Throughout the beta progarm in which NeoSmart Technologies participated, there have been drastic changes in the GUI, and many were either like-it or hate-it style. However, this latest skin is a job well done.

The New Features
Everywhere you look, there is something new. Not necessarily “new” as in “never seen before,” but new as in new for MSN Messenger. And if it’s not new, it’s been redesigned at the very least. Some of the most notable new features are “Offline Messaging,” a real godsend that makes it possible to Instant Message your friends even when they are offline. This is really the very last thing that the IM world was missing, with it, email (other than correspondances) is officially dead.
The biggest change is the overall UI, so we have dedicated an entire section to that below; but there are many other new nifty features:

The Design
Saving the best for last, here comes the all-new GUI. This is what makes WLM a remarkable application and sets it miles apart. Sleek, clean, easy-to-use, and a marvel in the art of aesthetics and eye-candy; it has been changed many times, and now its ready.
It comes with a “Vistasque” look to it, complete with hard-coded partial spirals in the background. It has support for on-the-fly theming by drag-and-dropping a picture to the window, selecting background colors, and more. But, as they say, a picture is worth a thousand words, so here are some more pictures to salivitate over!

All in all, this is a wonderful IM client, and pending the agreement to “merge” the Yahoo! and MSN IM networks, many Trillian, Yahoo!, Gaim, and Miranda users might flock over. I used Miranda until we were invited to test this out, but never again!