One of the biggest “improvements” that Mozilla claims has made its way into Firefox 3 is improved memory usage, in particular, the vanquishing of memory leaks:

Memory usage: Several new technologies work together to reduce the amount of memory used by Firefox 3 over a web browsing session. Memory cycles are broken and collected by an automated cycle collector, a new memory allocator reduces fragmentation, hundreds of leaks have been fixed, and caching strategies have been tuned.

We’re sorry to have to break it to you, but if you thought it was too good to be true you were right. Firefox still uses a lot of memory – way too much memory for a web browser.

We haven’t seen it reach 1GiB+ like we have with previous versions, but it’s quite normal for Firefox 3 to be sucking up ~300MiB of memory right off the bat, without a memory leak (the difference between memory leaks and normal memory abusage is that in a memory leak you’ll see the memory usage keep increasing the longer the browser is open/in-use). 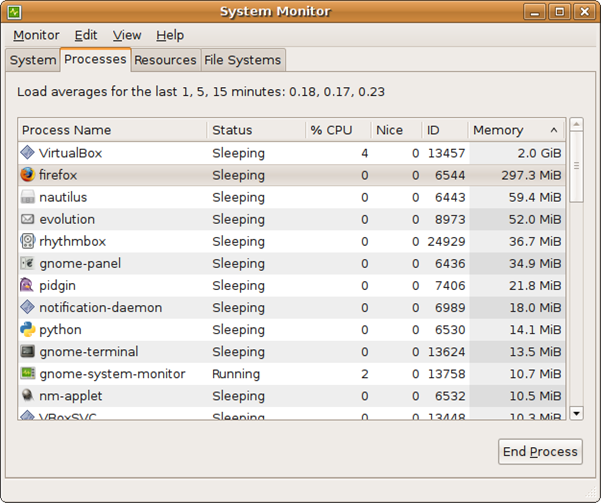 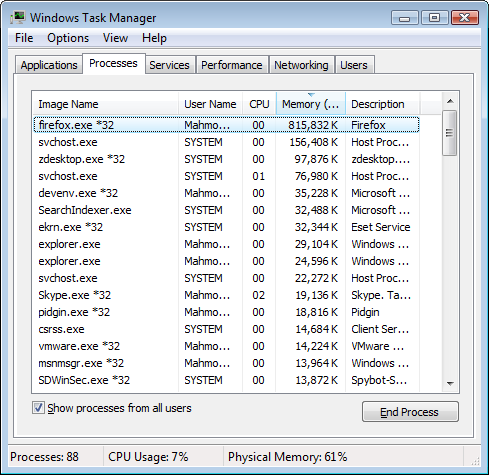 This is a screenshot of Firefox’s memory usage after just a half hour or so with only a couple of HTML-only tabs open. This particular screenshot was taken on Linux where Firefox is using the shared GTK libraries – on our Windows PCs, it’s normal to find Firefox 3 taking up ~350MiB or so on both XP and Vista.

The sad thing is that isn’t caused by one of the memory leaks that plagued previous versions of Firefox. It’s Firefox 3 is supposed to take up that much memory – at least, that’s our assumption given how we’ve never seen it take up less.

Firefox 3 has a number of memory-hogging features added to the mix that are probably at least partially responsible for the absolutely gargantuan memory footprint. For example, Firefox now uses an SQL engine to keep track of your history and bookmarks, amongst other things. While that particular feature is powered by SQL-lite, which should – in theory – not take up too much memory, we’re at a loss to explain what else is wasting memory left, right, and center in the world’s most-popular open source web browser.

Things like full-text on-the-fly searching of the web cache for when you type text in the address bar certainly have an impact as well – that’s a lot of stuff to keep in memory at one time. But Opera 9.5 does the same with a lot less memory, so obviously Firefox 3 is doing something wrong.

It’s a shame that Firefox 3 is on the verge of a release and is so terribly unfit to run on any machine – Windows, Linux, or OS X – with less than at least a couple of gigabytes of memory.