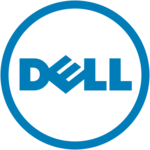 Dell has two top-of-the-line laptops that are currently competing for king-of-the-hill status — quite the odd choice from a marketing perspective, no doubt — but how do the two compare? We take a look at both the XPS 15 (9560) and the Precision 5520 and see how they stack up against one-another.

The 2017 XPS 15 9560 and the 2017 Precision 5520 are both “flagship” laptops out of Dell’s prosumer and business divisions respectively, and while they share a chassis and similar specs, they aren’t exactly two faces of the same coin. While on the entry level both can be similarly configured, the XPS 15 comes in one of seven different configurations (or eight if outside the USA), while the Precision 5520 can be hand-customized in any of a dozen+ configurations depending on your (small business) needs. The real difference between the two comes into stark visibility when comparing the top-end options between the two lines, however.

The following are the maximum specs for the two laptops, per the availability in the USA as of March 14, 2017.1

While both the XPS 15 and the Precision 5520 are offered with Intel’s latest 7th-generation CPUs, through no fault of Dell’s, Intel currently does not (yet) offer proper high-performance Kaby Lake i7 mobile GPUs. Unlike some of the previous generations, this year’s Kaby Lake Xeon chips are real screamers, and the Xeon 1505M v6 featured here isn’t even the fastest mobile Xeon you can get. The difference between the i7-7700HQ and the Xeon 1505M v6 isn’t just a question of the 200MHz clock difference between the two in both regular and turbo modes, but also the 33% bump in L3 cache (6MB vs 8MB). The difference between the two in terms of real-world performance works out to an approximate 7% advantage favoring the Xeon – nothing to scoff at, since a 7% improvement is considered a relative win when going from one generation to the next, these days.

Both of these CPUs have the same 45W TDP (configurable to 35W for power savings) and so going with the slower CPU doesn’t even result in longer battery life, as would be the case with an i5 vs i7, for example. What’s more mind-boggling – this time to the Precision 5520’s detriment – is that Dell, for reasons unknown, has chosen not to enable the usage of ECC memory, which is extremely confusing since it’s traditionally one of the biggest reasons to go with a Xeon CPU in the first place.2 Other competitors like HP with their ZBook line of mobile workstations traditionally don’t make this confusing decision, and anyone holding out for 7th gen Intel chips with ECC RAM should probably hold off until HP’s ZBook Studio G4 is unveiled sometime in Q2 2017.

As is par for the course, the Precision 5520, being Dell’s business/workstation offering, comes with an nVidia Quadro GPU – the M1200 w/ 4GB of DDR5 memory to be precise. Geared towards design and CAD professionals running renders and crunching numbers, a comparison between the Quadro line of GPUs and the gamer/prosumer-oriented GeForce GTX 1050 (again w/ 4GB of DDR5 memory) offered with the XPS 15 9560 would normally be an apples-to-oranges comparison, except this time the XPS 15 is using the latest generation of Pascal-powered nVidia GPUs and goes up against the older, Maxwell-powered Quadro M1200. Here, the XPS 15 comes out the clear winner, with its GTX 1050 having quite the performance advantage over the last-gen M1200 – probably even for enterprise workloads.

Of all the confusing decisions Dell has made with its XPS vs Precision strategic marketing fiasco, perhaps most-confusingly of all is the decision to withhold a fingerprint reader from the Precision 5520 range of laptops. Remember that these are two models that share a chassis and have identical components most of the way through – yet for some odd reason, the Precision 5520 does not have an option of an integrated (Synaptics-powered) fingerprint scanner, while you literally can’t get the XPS 15 w/ a backlit keyboard and no fingerprint scanner if you tried. We’re scratching our heads over this one too, folks.

Just a word to the wise – when configuring both the XPS 15 9560 and the Precision 5520, Dell gives customers the choice of either the Killer 1535 (in the case of the XPS 15) or the Dell 1820 (in the case of the Precision 5520) vs Intel’s 8265 wireless card. All three of these are fairly-equally spec’d (the Dell 1820 is actually a white-labelled, fairly-old Qualcom Atheros QCNFA344A in disguise), but we strongly suggest saying no to anything but the Intel’s. While the performance of these three cards is fairly interchangeable, the quality and timeliness of Intel’s drivers is second to none here and in testing the Atheros drivers would frequently blue screen on Windows 10 – even after updates. Likewise, Killer’s driver updates are rare and far enough in between to warrant news articles each time they come out, while Intel’s network card drivers – for both wired and wireless – are released, updated, and maintained like clockwork.

It’s honestly a very tough call to make. At NeoSmart Technologies, we’ve evaluated all these options closely and in person, but it’s genuinely a tough decision given the trade-offs involved. Power verses convenience is always a tough call to make, users that have become accustomed to/spoiled by a fingerprint reader in the past might have a really hard time giving it up. Otherwise, performance-conscious buyers willing to pay the Dell business premium for the Precision 5520 would certainly notice the not-negligible 8% performance boost the Xeon 1505M v6 brings to the negotiating table. Perhaps if Dell weren’t so short-sighted and offered ECC as an option3 it would be an easier call to make – after all, that bulletproof peace-of-mind ECC RAM brings is hard to pass up, especially combined with that monster of a Xeon chip. But as things stand, the XPS 15 is probably the best option for most users, and it does offer a better bang-for-the-buck.