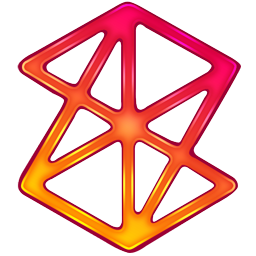 Someone help us out here. Since when does a bit of news about ‘crippled’ wi-fi activity and slightly-restricted file-sharing on a device make us lose all self-respect and denounce the product as hopeless?

Are we the only ones that how that every single MP3/Audio player to date has been successfully stripped of its firmware, souped-up, then published as a how-to on the web? But all that is besides the point: there is no evidence right now that indicates the need for anything as drastic.

First, let’s get one thing clear here: It’s not in Microsoft’s favor to have DRM. Any of it. Microsoft isn’t the author of the media nor does it own RIAA; Microsoft’s concerns are almost assuredly focused solely on maximizing profit and keeping their users happy. That’s the way the business world works. So the only reason DRM is in the Zune in the first place is just because it has to be there: legal reasons, politics, etc.

What that tells us is that Microsoft won’t be going out of its way to make your media-playing experience comparable to a week in the slammer (sorry Michael!). It means that wherever possible, the best-case-scenario is most likely. And it means that whatever DRM is implemented in the Zune, it can’t possibly be so bad as to make this product a big no-no. That’s not Microsoft, Michael Robertson, or us speaking: it’s pure business.

That said, there is undeniably something going on with the wi-fi. No one is really sure right now which media is subject to 3 days/3 plays rule – but that rule is definitely there, and not many like it. But before you scream, think about this: you can’t even share songs on an iPod. i Pods don’t have wi-fi, and until they do, you can’t really compare the two. It’s not a nice rule, we don’t like it any more than you do, but that’s life.

The best you can hope for is that it doesn’t apply to non-Microsoft-downloaded media files, and more importantly, that next-generation Zunes will be able to download songs and media off the net.

But Zune’s DRM isn’t Viral. Never has been, and if the laws of business don’t suddenly change, never will. We’re not to sure who came up with this BS, but it has no sources, and it’s been officially debunked anyhow. Just remember, Microsoft has never pushed the boundaries of DRM, and were against Blu-Ray for that very reason.

What matters in the end is hardware quality, style, price, and us. Just use some common sense, don’t believe every rumor you hear, and remember: worst comes to worst, in a week or less Zune will be running Linux as some hackers celebrate and prepare to release it to the public.